Allegheny RiverTrail Park began as a community’s dream to be able to ride a bike to the city and to connect with the Allegheny River. In 2011, when the Aspinwall Marina was nearly sold for commercial development, the idea that the property could become a public park captured the imaginations of thousands of people. To buy the property, more than 2,500 people from all walks of life, several foundations and businesses and Allegheny County came together to raise the $2.3 million needed and they did it in just over six months. More than $14,000 was raised by children alone.

The park is dedicated to the memory of Charles R. Burke, known as “Charlie” to his friends and “Champ” to his family, a true champion to his loved ones and to the community. Originally named Aspinwall Riverfront Park, the name was changed in 2021 to Allegheny RiverTrail Park to better reflect an openness to a greater community.

ARP celebrated its 10th anniversary in 2021, a milestone that marked incredible growth in such a relatively short time. 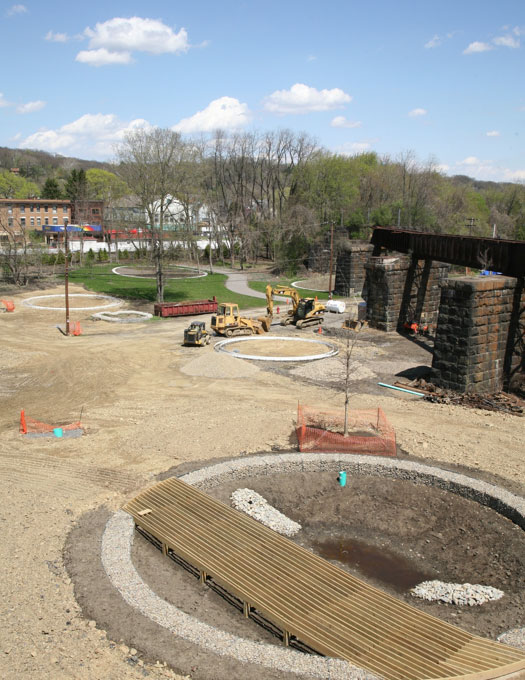 Parkland and trails have historically taken decades to develop. The park will soon begin work on a plan to transform the recently purchased six acres into usable parkland and green space. This acquisition opens up tremendous opportunities to grow the park’s resources and expand the bike trail. In addition, ARP is working with Allegheny Valley Railroad to incorporate the Brilliant Line rail corridor as part of the park and trail.

ARP aspires to continue to reflect an identity that is inclusive to everyone and welcome a larger, regional community.